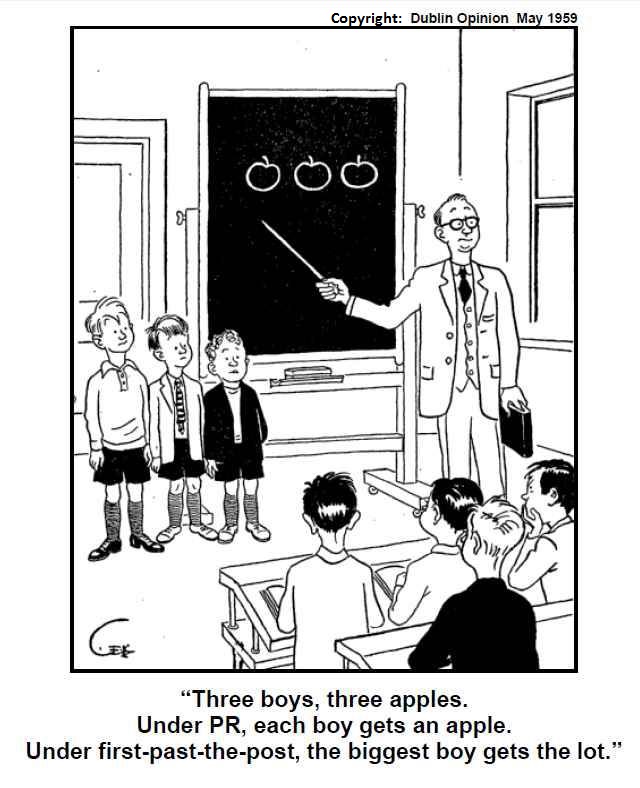 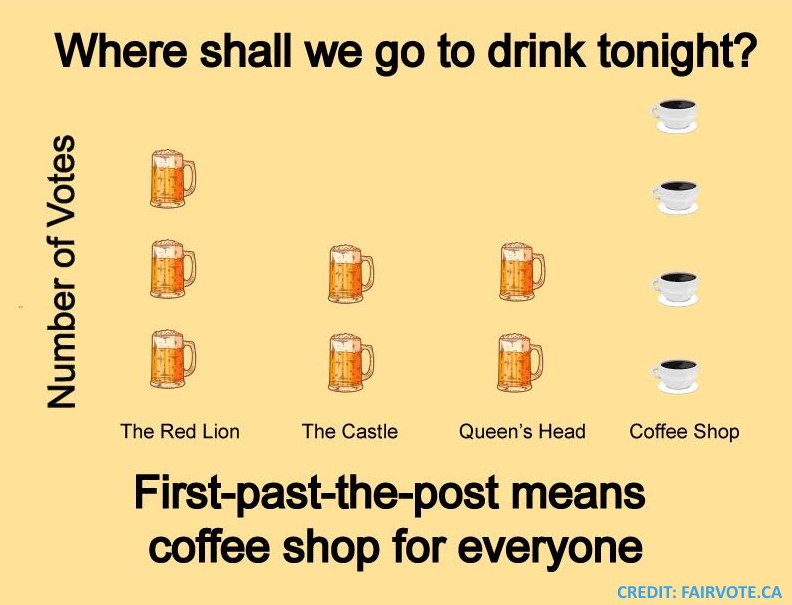 Pro Rep is well regarded by experts: More than three out of four Canadian professors with expertise in electoral systems recommended Proportional Representation over First-Past-The-Post to the federal Special Committee on Electoral Reform in 2016. 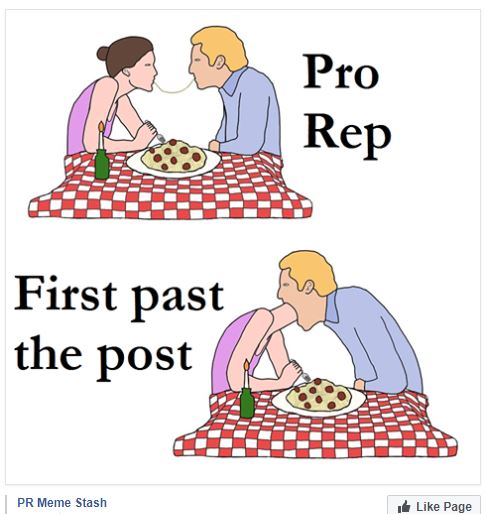 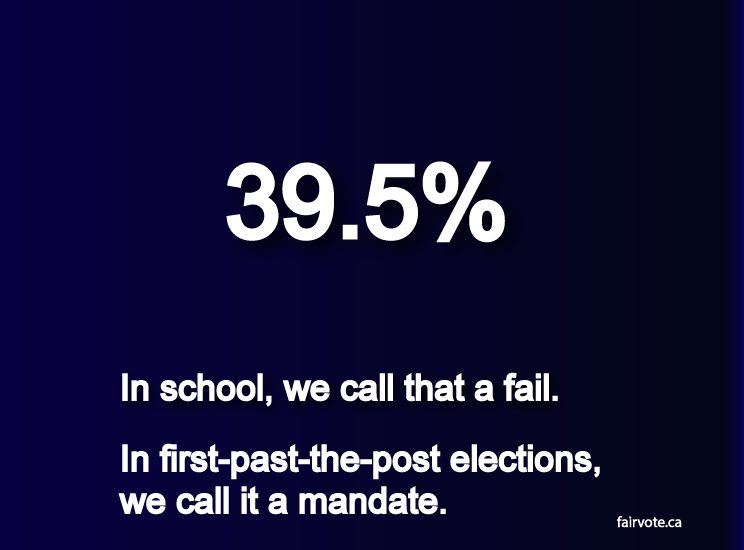 Law Commission of Canada: Our old voting system “favours an adversarial style of politics” and “is more likely to frustrate or distort the wishes of the voters than to translate them fairly into representation and influence in the legislature.” “Citizens want to have a real voice in decision making, and would like to see more responsive, accountable, and effective political institutions.” The Law Commission’s 2004 report recommended a switch to proportional representation, as have more than a dozen similar government-sponsored studies. 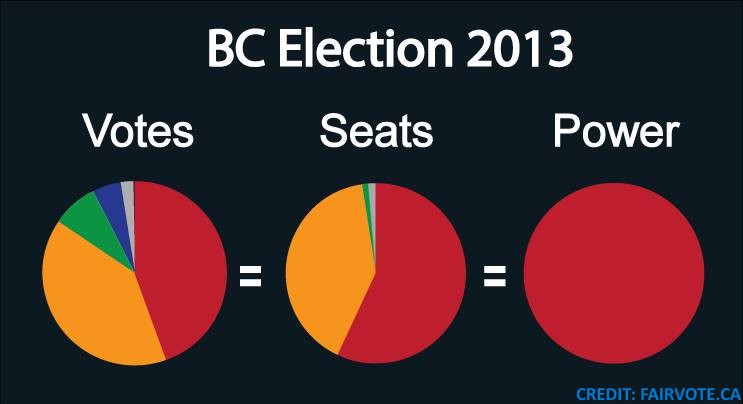 Opponents of pro rep never argue that it isn’t at least as fair as our old First Past The Post voting system. They do argue about its practical effects, for example saying it is “The perfect platform for extremist parties.” “Extremist parties” in B.C. are any small challengers – under the Socreds the extremists were considered to be the BC New Democrats, BC Greens and BC Liberals. Meanwhile, FPTP produces “moderates” like Donald Trump.

Fact: Pro rep simply accurately reflects whatever the voters choose. Opponents in whatever party are the old hacks who are still dreaming of getting 100% of the power with 40% of the vote, and following tradition, will say almost anything to get it. 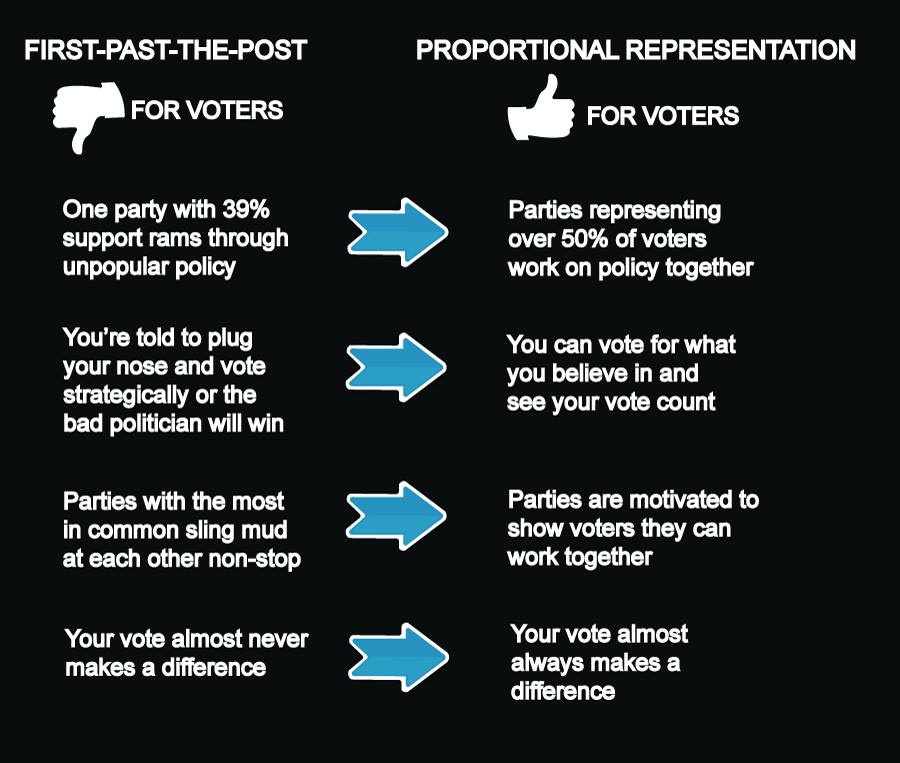 In none of these voting systems would any MLAs have been appointed by political parties, nevertheless opponents lied and advertised that political parties rather than voters would be choosing the MLAs!!

The government promised on their official website that should Mixed Member Proportional (MMP) win the referendum, it would be a version (called “open-list”) in which the voters, not political parties, choose the list candidates. The premier of British Columbia confirmed this again Nov. 14th 2018.  (https://vancouversun.com/news/politics/b-c-premier-to-veto-closed-list-version-of-mixed-member-pro-rep)

An example of this is the German province of Baden-Württemberg, where voters simply vote for one candidate and this ballot is used both for the local and regional candidate elections.

Authorized by Committee for Voting Equity in BC (VotingBC), registered sponsor, Chair Maxwell Anderson, Vancouver, BC. 2015 – 2020.