For some of the latest news about democratic reform, and occasionally other current political issues, check out VotingBC’s Facebook page 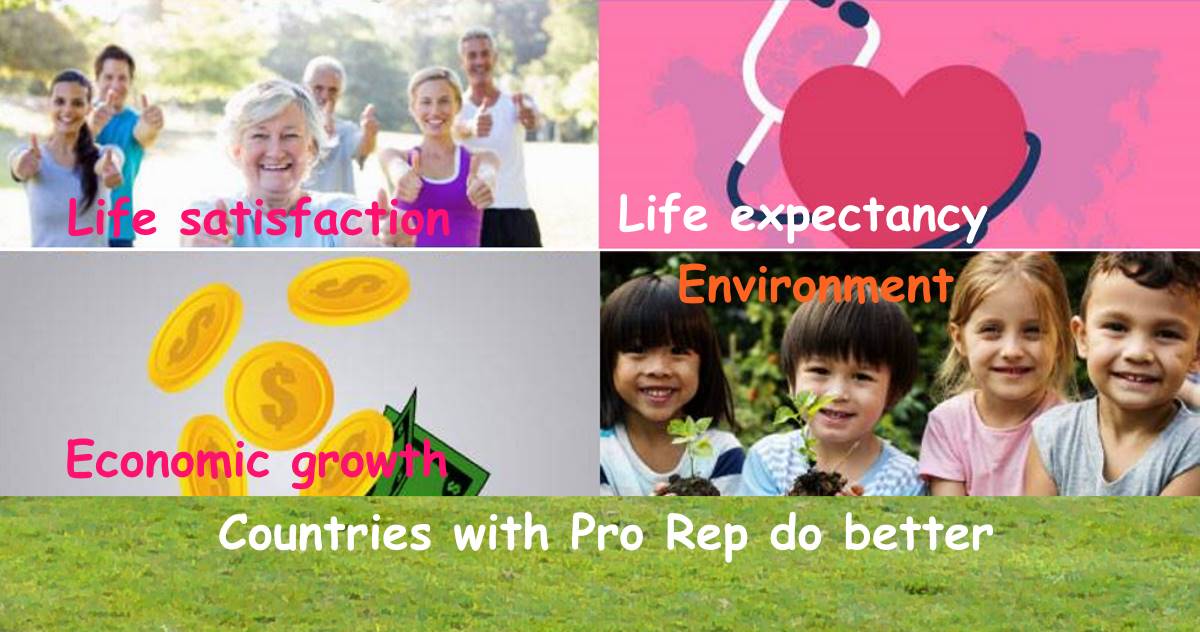 What IS proportional representation anyway?

With Pro Rep, you wouldn’t worry about your vote getting wasted. Virtually every vote would count toward electing an MLA provincially (or an MP federally) so you’d almost certainly have a representative you helped elect, accountable to you.

RECENT EVIDENCE THAT CHANGE IS NEEDED!
A new study (August 13, 2021) with more than 2,000 scholars finds that countries with old voting systems like ours (instead of modern, proportional representation of voters) tend to have more negative campaigning, higher income inequality, deeper ethnic fragmentation, and a news media preference for sensationalism. 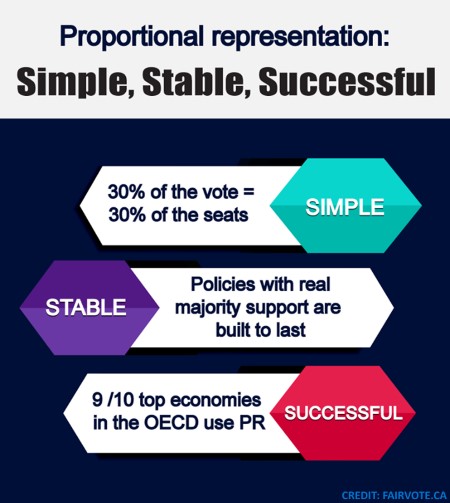 Canada’s foremost journalist on the faults of our current non-proportional voting system, Andrew Coyne, and others give a compelling review of the state of electoral reform in 2021: June 2021 conference

I hope you’ll enjoy checking out these 16 web pages – most are based on colorful graphic images except “About VotingBC”, and “Questions and Answers” which has definitions of “First-Past-The-Post” and “Proportional Representation” among other things. On smartphones you’ll notice some of the graphics here are better viewed in landscape mode

In simple terms, proportional representation would give a legislature closer to the province-wide sentiment [and similarly federally]. It does this in a way that respects and includes almost every voter’s contribution. The democratic result is that almost every voter would have an MLA a bit closer to their own views.

But what is the practical result? In practice, it turns out that modern voting attracts better candidates, including significantly more women. Pro Rep gives more stable government policy and higher economic growth, by bringing in more consistent true-majority rule. There’s a bigger pie to share.

Thanks for visiting. Much of this factual info about proportional representation of voters was prepared in advance of British Columbia’s 2018 referendum on modernizing BC’s voting system. It remains informative for preparing to improve democracy in Canada.

Authorized by Committee for Voting Equity in BC (VotingBC).